Close
Back to top
AGBU YERIA Delegation: Humanitarian Crisis in Armenia and Artsakh

In a highly unusual move to raise awareness and sound the alarm of a new humanitarian crisis unfolding at the gates of Europe, a delegation of 20 young Europeans of Armenian ancestry was dispatched to serve in a five-day mission to Armenia and Artsakh from October 31-November 4. As first-hand observers, they had the opportunity to witness the grave perils faced by thousands of Armenian civilians and families caught in a full-scale war that erupted when their homeland of Nagorno-Karabakh, aka Artsakh, was attacked by Azerbaijani forces on September 27, 2020.

Given that the Republic of Artsakh is not yet recognized as an independent state by the international community, European diplomats are not authorized to travel to nor meet with officials of Artsakh. This leaves them at a disadvantage in understanding the scope and depth of the issues and humanitarian needs that have already mounted in the first month alone. Yet, with the extraordinary show of support by diasporans behind the cause of Artsakh, as demonstrated by their well-orchestrated mass demonstrations across European cities last month, a delegation representing 15 countries were the eyes and ears for the European community, under the aegis of the AGBU Europe YERIA Initiative.

The delegation represents Austria, Belgium, France, Germany, Greece, Italy, Luxembourg, Netherlands, Russia, Spain, and Switzerland. It is joined by 15 journalists from key-media outlets as well seven public figures: members of Parliament of Spain and The Netherlands; and the Deputy Mayor of Paris.

With Armenian families exposed to the fierce and relentless shelling of civilian settlements near the enemy line of contact, thousands have fled across the border to Armenia with literally just the clothing on their backs, plunging themselves into the great unknown. The most vulnerable, especially the elderly, have stayed behind in Artsakh along with a handful of women insistent upon staying close to their children and spouses fighting on the front lines.

“The goal of the YERIA Initiative is to gather the facts on the ground to inform European public opinion and alert the European authorities to the looming humanitarian needs that will only increase in the winter, compounded by the current rise in COVID-19 cases,” stated Nadia Gortzounian, the president of AGBU Europe.

During its mission, the delegation visited newly arrived families in Erevan, Etchmiadzin, and Goris, and visited the health facilities, speaking with health professionals exhausted from performing non-stop procedures to save the lives of injured soldiers and civilians—a situation many say is unsustainable without outside assistance and relief. They also met with the European ambassadors, the ambassador of the European Union in Armenia, the representative of the UN in Armenia, the Catholicos of All Armenians, the Human Rights Defender of Artsakh, the Foreign Minister of the Foreign Affairs and the president of the Republic of Armenia himself.

This initiative, supported by the Mayor of Paris, will lead to a mission report in the Paris City Hall upon the delegation’s return, which will be presented to the mayors of the major European cities and the mayor of Paris in mid November.

“This is an unprecedented experience for the European diaspora and for the delegation of journalists and public figures from all over Europe to understand the collateral impact of war and attach names and faces to the masses who are suffering, as well as leaders making life-and-death decisions that could shape the course of events in the region for the unforeseeable future. Their testimony as observers will raise public awareness in Europe,” Gortzounian stated.

The YERIA Initiative is led by AGBU Europe.

AGBU Europe is its European branch, based in Brussels, and which benefits from a presence in more than 16 European countries in close connection with the world headquarters in New York and the AGBU headquarter in Armenia.

AGBU Germany headquartered in Berlin is the first German Chapter of the Armenian General Benevolent Union (AGBU), the world’s largest non-profit organization devoted to upholding the Armenian heritage through educational, cultural and humanitarian programs across the globe. Headquartered in New York City, AGBU has an active presence in 31 countries and 74 cities.

AGBU Germany was founded in 2020 in the awareness of its responsibility towards the Armenians in Germany, Armenia, Artsakh, and in the Diaspora. Inspired by the unwavering determination of its mother organization AGBU founded in 1906, and in appreciation and recognition of its continuous achievements, the Chapter fits as a German link into the ranks of international AGBU Chapters as well as into the global Armenian nation. 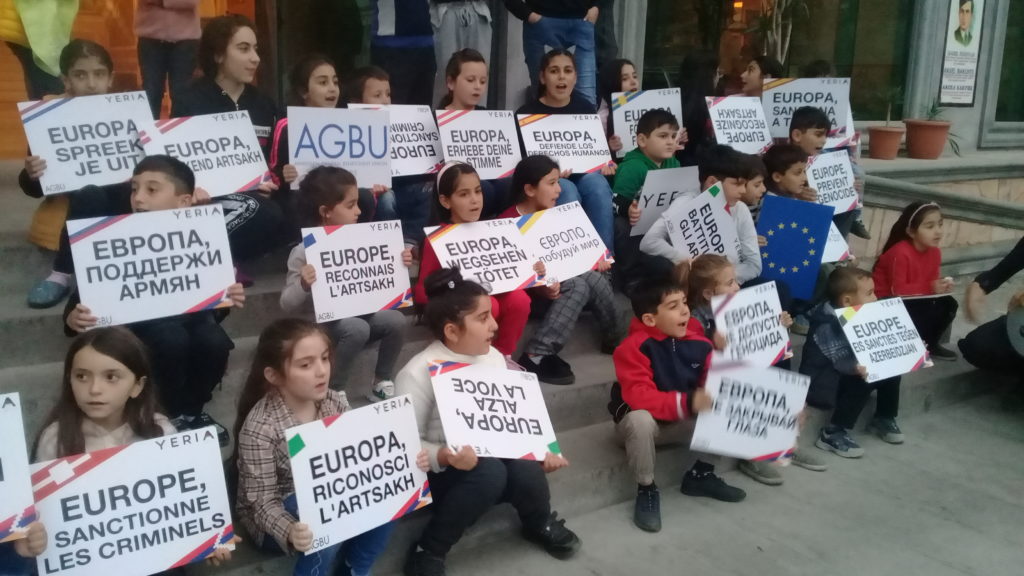 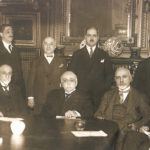 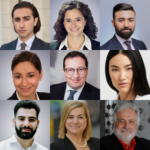