The Armenian General Benevolent Union (AGBU) is the world’s largest non-profit organization devoted to upholding the Armenian heritage through educational, cultural and humanitarian programs. Each year, AGBU is committed to making a difference in the lives of 500,000 people across Armenia, Artsakh and the Armenian diaspora. Through the vision of its leaders and the generous support of devoted donors and members over the years, AGBU has played a significant role in upholding Armenian traditions and values by adapting to the needs of the worldwide community and the demands of the times. Since 1906, AGBU has remained true to one overarching goal: to create a foundation for the prosperity of all Armenians. AGBU currently operates with an annual budget of over $50 million, made possible by our countless benefactors. Headquartered in New York City, AGBU has an active presence in 32 countries and 75 cities and addresses the needs of Armenians with traditional and progressive programs worldwide — from schools, scouts, camps and support for the arts to internships, virtual learning and young professional networks.

Learn more about AGBU’s rich history, which spans over 100 years: 115 years of AGBU

Compelled by a profound sense of national duty, AGBU founder and first President, Boghos Nubar, boldly set out with nine founding members to form an organization to serve all Armenians and preserve the Armenian identity.

Since its inception in Cairo, Egypt on April 15, 1906, the organization’s reputation for integrity resonated and AGBU emerged as an unwavering champion of the Armenian people throughout the 20th century. A chronicle to the times, AGBU’s efforts supported our people faithfully through a tumultuous history of genocide, natural disasters, repatriation, resettlement, revival and national independence. Thanks to the resolute support of our members and donors, AGBU has flourished into a world-class organization with the resources and goodwill to serve Armenians across the Diaspora and in our homeland.

Indebted to the initiative and dedication of our predecessors and recent generations, AGBU’s first century of service has systematically redefined the landscape of the Armenian nation. With an emphasis on educational, cultural and humanitarian programs, AGBU operates worldwide over 69 Districts and Chapters, 47 Community Centers and Offices, and 27 Young Professional Groups; administers 25 day and Saturday schools; and supports a manifold of programs, including the American University of Armenia, Senior Dining Centers (Soup Kitchens), Children’s Centers, Student Scholarships, Summer Camps, Athletics & Scouts, Internship Programs, the Performing Arts and 14 publications in six languages.

Having crossed the threshold into the 21st century, AGBU is committed to upholding its legacy of moral and fiduciary obligation to the Armenian people with unparalleled foresight and direction. Rooted in our very origins, AGBU provides educational and cultural opportunities to Armenian youth today, for the benefit of the world community tomorrow. 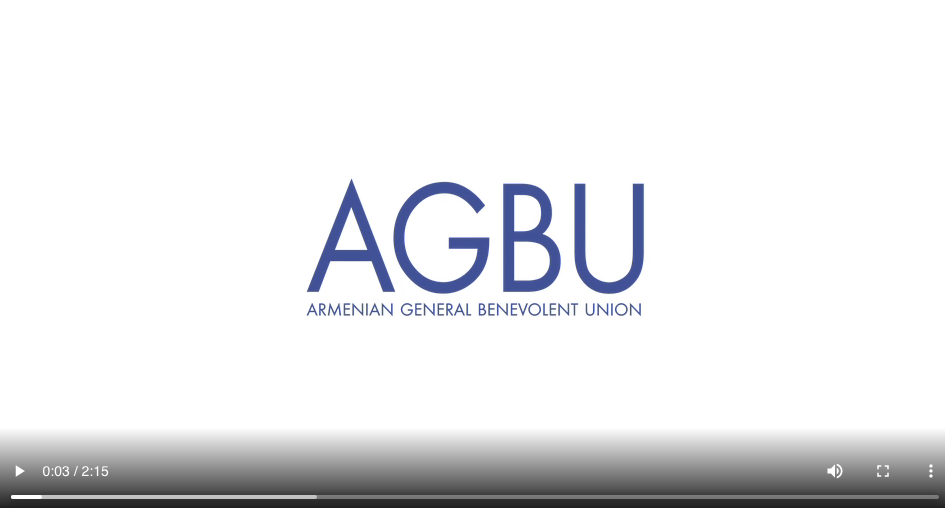