Close
Back to top
Interview for AGBU Europe Spotlight March 2021

How did you get involved with AGBU and why were you drawn to the organization?

Hovig: We share a big admiration for the historic achievements of AGBU and my family has been members of AGBU since early times in Syria. In 2007, I co-founded the German Armenian Student Club HAIK which became a partner of AGBU. We realized early on that AGBU does not only set a great example for Armenian resilience but serves as a blueprint for Armenian institutions in the diaspora due to their professional approach and high standards in community work.

Georgi: Alongside our more than 12 years of collaboration with AGBU we both benefited from AGBU scholarships during our studies. Thanks to the recommendation of AGBU France, I also had the privilege of staying at the “Maison des Étudiants Arméniens” in Paris during my studies abroad. Hovig and I are also alumni of AGBU Europe’s Goriz Leadership Program and have participated in numerous seminars throughout Europe, Georgia and Turkey, gaining new perspectives and experiences from now good friends and close partners.

Can you please describe the goals of your chapter and how it serves the local community?

Hovig: Our Chapter is guided by the intention to serve the promotion of the cultural, social and intellectual development of the Armenian community, as well as the preservation of its identity and heritage. Using the diversity of our community in Germany is the key to create a successful diaspora organization. This means getting all our people involved, in particular those, who weren’t incentivized by the current set-up. We intend to give a home to the professional and passionate people who want to work for our Armenian community and the opportunity to do so in a productive atmosphere in cooperation with all other Armenian associations. Through professional work, we want to gain trust, obtain grants, create projects that promote cultural and intellectual cooperation between Germans and Armenians. Above all, it is important to us, that we help and train our fellow Armenians in many important areas such as teamwork, debate culture, tolerance and respect, and their identity and history, as well as qualifying them with up-to-date skills from the professional world for their future work environment and assisting them on their career paths.

Georgi: In order to serve our community, it is critical to learn about our fellow German-Armenians and their diverse backgrounds. The Armenians in Germany are not a monolithic group as they arrived from various countries in different eras. For example, most Armenian migrants who arrived in the 1990s or later, apart from a number of successful entrepreneurs, had little time for accumulating wealth, while e.g., Armenians who came as guest workers from Turkey in the 1960s are living in the 3rd, sometimes 4th generation, and benefited from the social market economy system in Germany. They predominantly started as small-scale entrepreneurs after the guest worker contract periods had ended and grew their business in the next generations. This diverse structure of the German-Armenian diaspora leads to a segmented assimilation process, various outlooks and interests in engaging within the diaspora. Certainly, not all Armenians with similar backgrounds share the same views or interests, yet it is always valuable to have an understanding of the plethora of cultural influences of all our diaspora members.

If you could describe your programme in only 3 words, what would they be?

Could you share with us some of your achievements and future plans for the chapter?

Georgi: We are currently working on a number of online projects aimed at prospective members because we want to attract the bright minds of our community to join our cause. As a diaspora organization, it is also always important for us to be visible in German society and to give our community a voice. Therefore, we will continue to cooperate with well-known organizations and personalities that will increase our visibility and help us contribute an Armenian perspective to social issues. For example, we gave interviews to the country’s largest newspaper during the war in Artsakh and contributed an Armenian perspective to public debates on minority rights issues. One project that left a lasting impression on me was an eyewitness interview with a Holocaust survivor and a Yazidi who fled ISIS and the genocide against his people in 2014.

Hovig: A great example of raising awareness for the Armenian cause was when the Armenian Embassy in Germany invited Georgi to speak about the war in Artsakh at the Federal Press Conference in Berlin as a representative of the Armenian community in Germany. This helped us to point out the serious need for correct reporting and clear naming of the aggressor on the country’s most representative press platform. Moreover, this appearance was an opportunity for Georgi to address legal inaccuracies that were also circulating in the German media. Another focus of our work will be the promotion of the IT and tourism sector of Armenia and Artsakh in Germany. The opening of TUMO Berlin is a great milestone for TUMO and also helps us show that even leading IT nations like Germany can learn from Armenian success stories. Another visionary goal is also to add Frankfurt and Berlin as locations for the AGBU Global Leadership Program to find future diaspora leaders.

Georgi: To give another example of our work and future plans: Our online commemoration project on the occasion of April 24, 2020 became the central genocide commemoration event in Germany. All in-person events were canceled and at the beginning of April there was a risk that we would not be able to commemorate our ancestors adequately. Hovig took the initiative to set up an online event and we used our professional and personal networks to reach out to personalities with high public visibility in the German and Armenian cosmos. It was a great opportunity to demonstrate AGBU Germany’s ability to represent the German-Armenian community by attracting important personalities to our cause. In total, more than a dozen speakers and musicians came to our event, including leading German political and media figures. Our personal highlight was Srpazan Servopé Isakhanyan, who ended our commemoration with his intercession and gave us his blessing for our chapter.

What is one thing about AGBU that you wish people knew?

Hovig: Throughout its 115-year history, AGBU has stood firmly alongside the Armenian people and has been a guarantor of the survival, development and growth of the Armenian community. The unwavering determination of the founders, leaders and members to stand up for the prosperity of all Armenians has moved mountains. Every Armenian should know this.

How has your involvement with AGBU shaped who you are with your family, your friends and in your career?

Hovig: Taking responsibility for the community and volunteering was something I experienced with both my parents and their parents, so it was just the most natural thing for me to engage in the community. It is an enrichment and a great motivation to pull together with all friends in the international network of AGBU. This experience has therefore strengthened my view and confirmed that there are advantages in the fate of being a member of a diaspora community. We as Armenians with diverse backgrounds have great potential that must be harnessed for the benefit of the Armenian community around the world, but also an obligation to other vulnerable communities and thus to the world.

Georgi: Working with many successful AGBU leaders has shown me the importance of serving as role models. People who are not yet using their potential for the common good of their Armenian brothers and sisters or the society that surrounds them can use role models as an incentive to think about where their strengths lie that could benefit those around them. 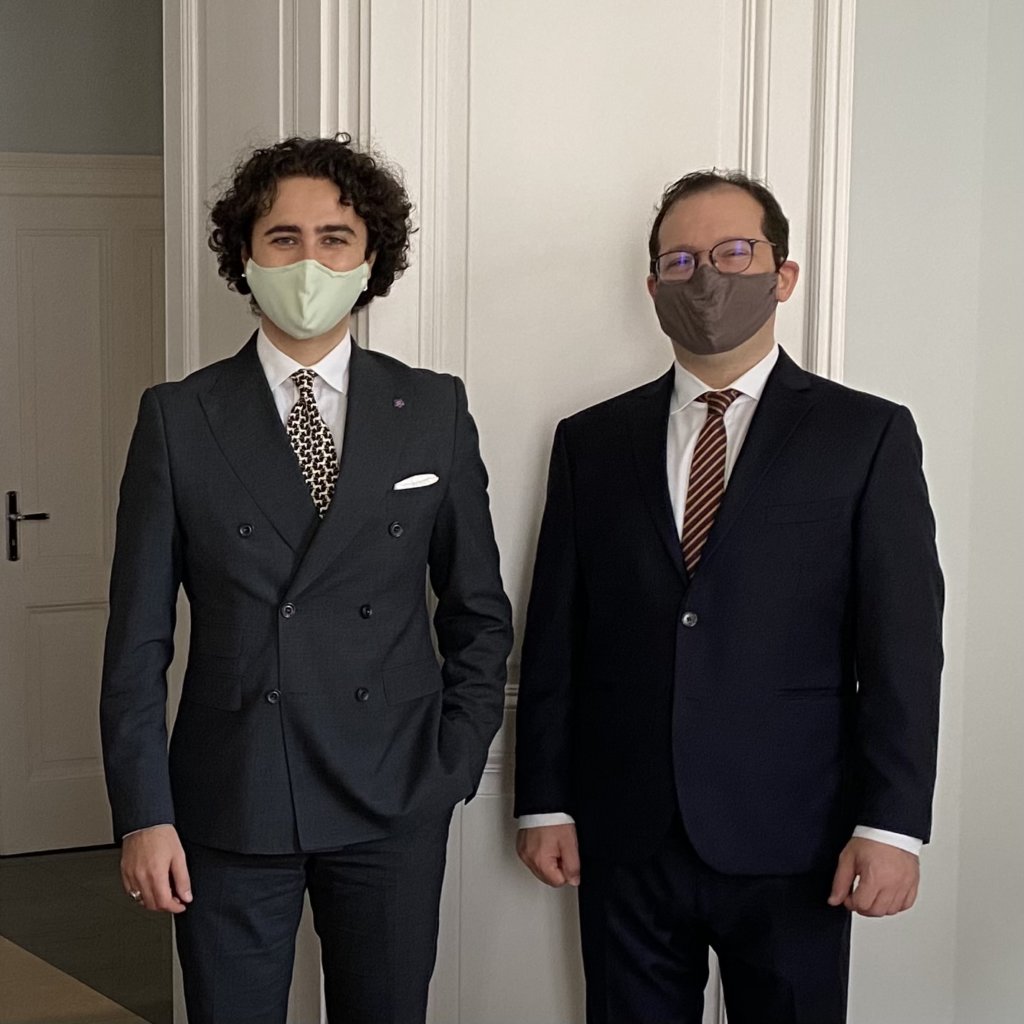