Young Armenian author Ashkhen Arakelyan from Munich presented her book in the premises of the Armenian Church Community in Berlin.

Ashkhen Arakelyan is a student of communication and media studies at Ludwig Maximilian University in Munich and works as an independent journalist. Shortly before Turkey-backed Azerbaijan launched a major attack on Artsakh in September 2020, her childhood friend was captured by Azerbaijani soldiers. In December of the same year, her friend and 44 other prisoners of war held hostage by Azerbaijan returned to Armenia. Ashkhen Arakelyan decided to document their stories: They are stories of brutal torture, pain and merciless psychological abuse. These stories reveal the mentality of people who grew up with an abysmal hatred for Armenians. “Sadistic Pleasures” aims to draw attention to the fate of the many prisoners of war held by Azerbaijan to this day.

During the 2020 war, Ashkhen Arakelyan also participated in the AGBU-Yeria delegation. She accompanied the Vice-President of AGBU Germany, Ohanes Altunkaya, to Armenia and helped to raise awareness about the dire situation of war refugees from Artsakh. AGBU Germany wishes Ashkhen Arakelyan good luck in spreading her important documentary about Azerbaijan’s war crimes and her friend’s survival.

If you are interested in purchasing “Sadistic Pleasures – Silent Crimes of Azerbaijan”, you can buy it on Amazon. 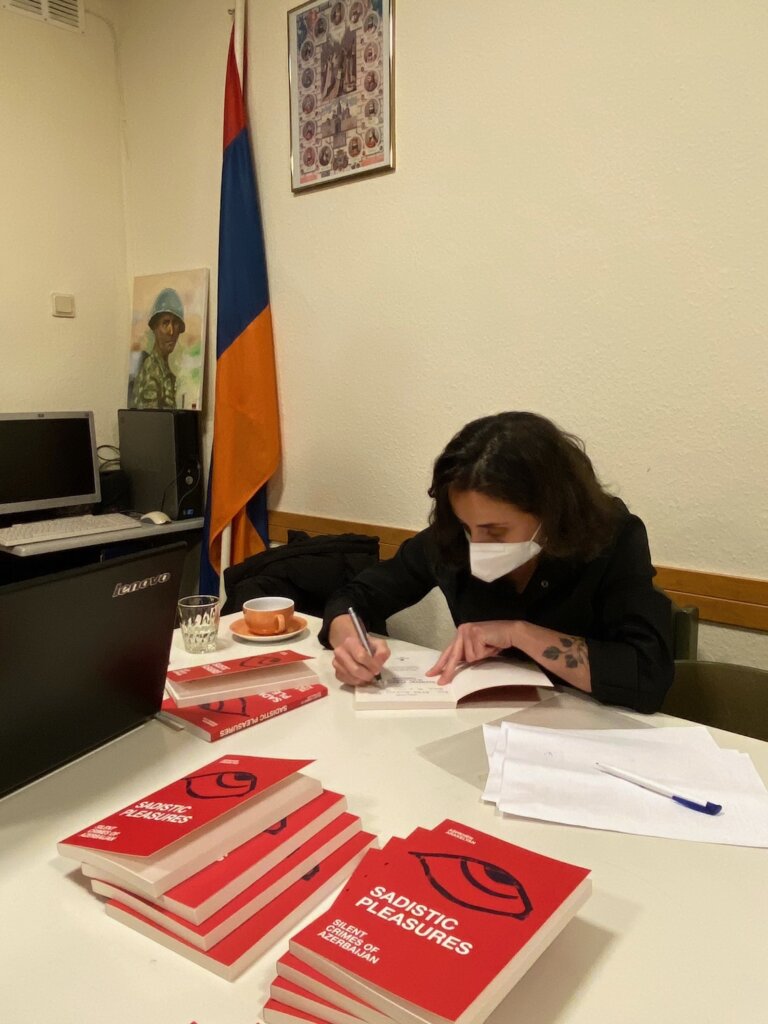