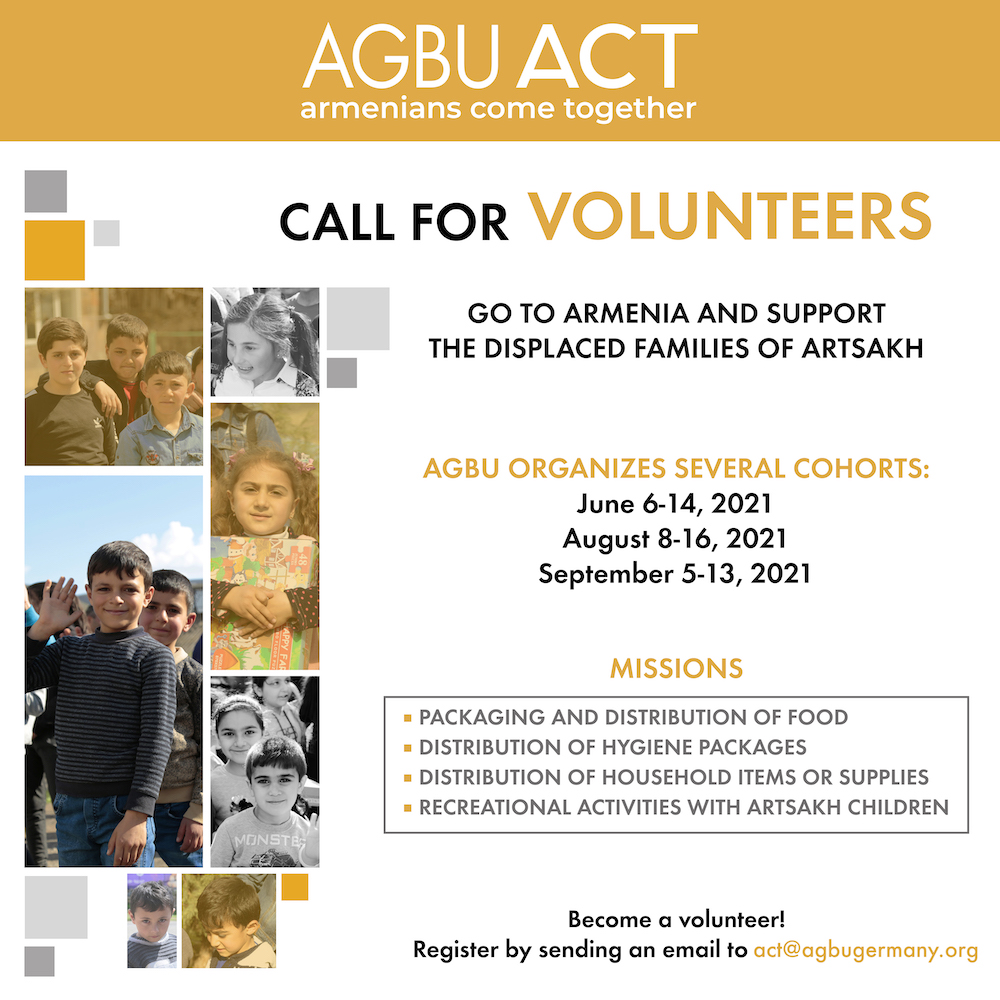 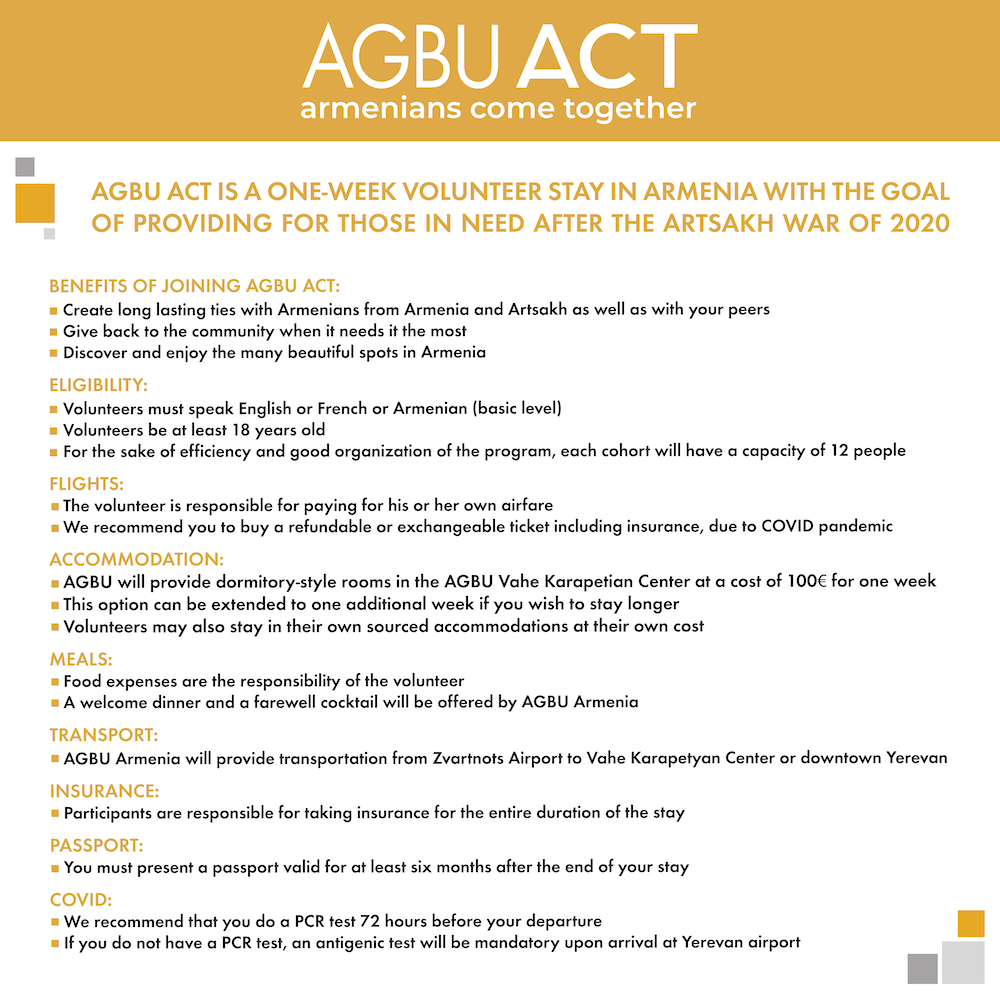 Go to Armenia and support the displaced families of Artsakh. AGBU organizes several cohorts, with the goal of providing for those in need after the Artsakh war of 2020.

Following the latest armed conflict in Artsakh, a significant number of people were displaced from their settlements. Most of the residents of Artsakh had to flee the war and left behind their lifelong possessions and personal belongings. The residents of Artsakh predominantly do not have any significant cash savings to sustain their livelihoods even in the short run.

From the very first days of the conflict between the Republic of Armenia and Azerbaijan, the Armenian diaspora from all over the world united in an extraordinary wave of solidarity to support the people of Artsakh. Thanks to this support, AGBU has already initiated several emergency response actions, particularly the distribution of food parcels and hygiene kits to the displaced people.

AGBU is organizing several volunteering missions in Armenia with its program AGBU ACT (Armenians Come Together).

The program takes place in Armenia with missions primarily held in the Gegharkunik, Vayots Dzor and Ararat regions and will not travel to Artsakh. Examples of the service activities include:

Create long lasting ties with Armenians from Armenia and Artsakh as well as with your colleague volunteers. Give back to the community when it needs it the most and discover and enjoy the many beautiful spots in Armenia.

To become a volunteer, please register by sending an email to act@agbugermany.org